MRS. S. ~ for Silkstone Barbie and Victoire Roux on Etsy 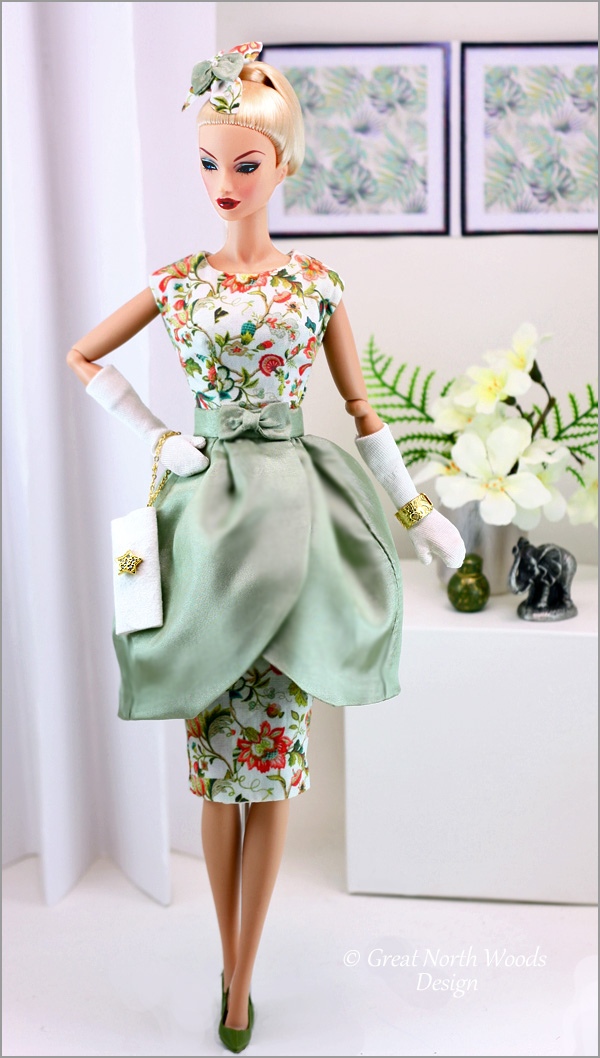 When Integrity first introduced the Victoire Roux dolls I was not an early adopter. They were all lovely, of course, but I already had so many silkstones and did I really need another model from the same fashion genre? Then Evening in Montreal was introduced. Maybe she came along at a time when Mattel seemed to be scaling back on Silkstone production but she suddenly looked new and fresh to me. So she arrived at my house and promptly sat on a shelf for two years!

Inspiration finally came when I spotted an old magazine ad - you know the type - 1950's sophisticated housewife attending an afternoon tea/cocktail party, after spending most of the morning getting ready. Sort of how most of us spend our days :) She seemed to be my perfect model for such frivolous decadence. As I was sewing this outfit I began to have other ideas for scenarios in which Victoire (as Mrs. S.) could play a starring role.

She now has a distinct personality and she must in the future have a wardrobe to go with it! 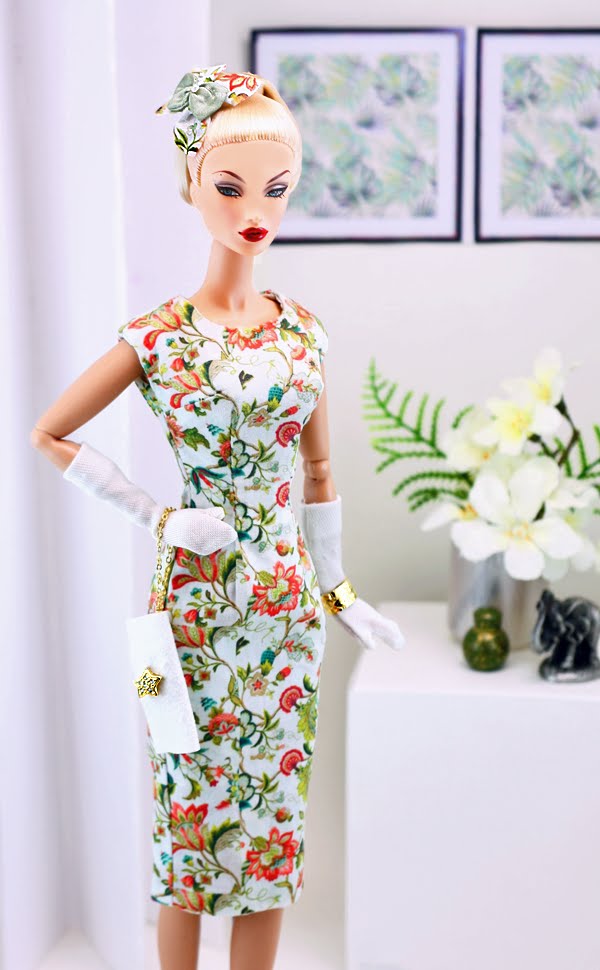 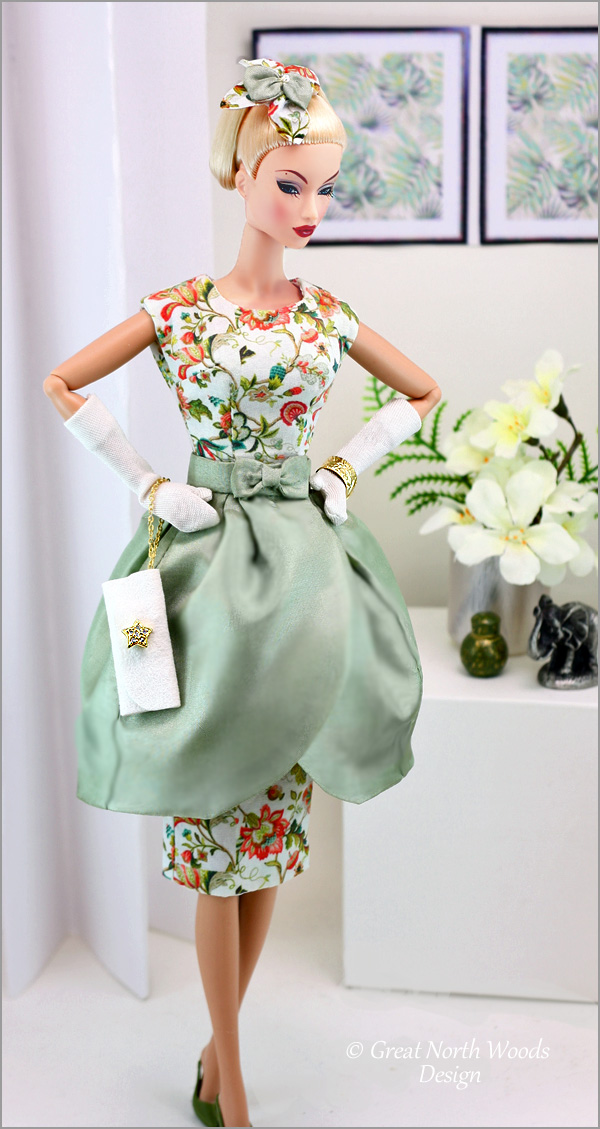